Elaborate fabric doll dressed in a detailed traditional costume for the culture of Laos. Her costume is silk, with a black skirt and pink blouse. She has an ornate black hat with colored design sewn into it. She is wearing a long silver necklace and a silver wrist bracelet. She is holding a straw basket that is filled with flowers. The tag says: “Bouachang Lao Handicraft Shop, Norkeckoumman Road, Chanthasury District, Laos.” 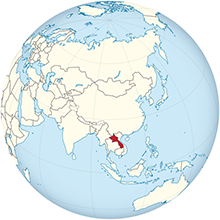 The Land of a Million Elephants

My name is Pahoua, and I live in Laos. Laos is a country in Asia that is surrounded by Vietnam, Thailand, and China. Laos is very mountainous, and we have many, many trees. We also grow rice because it rains a lot here.

Laos means the Land of a Million Elephants. I’m not sure why this country was named for elephants—there aren’t that many around. They estimate that there are about 500 wild elephants. They must be in a different part of the country, though, because I’ve never seen one. These elephants are not wild; they belong to specific people. They are used for heavy work, like pulling large logs. Many people have oxen for heavy work, and a few people have elephants. So, you can see why I think the “million elephants” is a little exaggerated!

My grandfather says that there used to be more wild elephants in Asia. However, some farmers have killed wild elephants because they were eating their crops. And some of the forests are being cut down, resulting in less food for the elephants. Also, elephants only have one calf every three or four years, so it takes a long time to grow a family. Luckily, the female elephants in Asia do not have tusks, so hunters do not kill them for sport, like they do in Africa.

It’s probably hard for you to imagine living in a country where you might see elephants pulling carts on the road. But, that’s what it’s like here. Oh, sure, we have trucks and buses too, but the roads are very rough. We live very simply. There isn’t much electricity, so we work the same way people did many, many years ago.

I love my country, but it has a very violent history. Over the years, the neighboring countries (Vietnam, Siam, and China) fought to control Laos. For awhile, we were even a part of the French empire. During the Vietnam War, there were lots of Americans here.

Most Laotians are Buddhist (a religion), and most of us can speak a language called Lao. However, there are many tribes (or ethnic groups) that have kept the same religions, languages, culture and style of dress for hundreds of years. My group is called Thaidam. The scarf on my head is typical of a married Thaidam woman.

Actually, there aren’t many Thaidam people left in Laos. About 30 years ago, the people in power sent most of us to refugee camps in Thailand. Refugee camps are really nasty places, with little food or water. So, the leaders of the Thaidam group sent letters all over the world. Would you believe that people in Iowa (in the United States) opened up their hearts to the Thaidam people? Many, many people moved to the USA.

My family decided to stay in Laos. I may not have an iPad or a DVD, but I have beautiful mountains. I also have a chance of seeing a wild elephant! 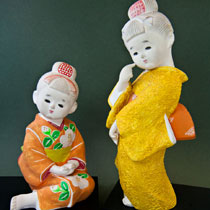 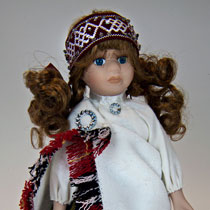