Female doll representing the culture of Slovenia, a European country. She is made with wood body and head. Her body is constructed in such a way that you can turn the base, and the doll will spin slowly. She is wearing a white cotton dress with a decorative apron. She has a cap on her head that matches the trim on the apron. 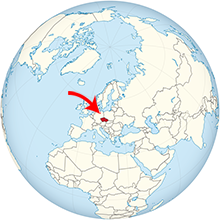 Melania Trump: From Small Town Girl to First Lady in the White House

My name is Melania. I was born Melania Knava in a small town in the country of Slovenia.  Slovenia used to be a part of communist Yugoslavia. Now it is an independent country. Slovenia is bordered by Austria, Croatia, Hungary, and Italy. Our culture is a mixture of Europe. Many people speak German, Italian, and other languages, as well as our native Slovene. The Slovenian national costume for women includes a head scarf, long dress, and apron.

When I was a child, my father was an automobile salesman. He was also active in the communist party. That made it easier for us to buy groceries and other things. My mother worked as a seamstress in a clothing factory. I started modeling some of the factory’s clothing when I was 5 years old. It was fun to travel to another city and walk on the runway with the grownups.

After high school, I studied design at a Slovenian university for a short time. Then I was offered a contract to model in Italy. My career as a model in Italy and France was very successful. So, in 1992, I moved to New York City and worked for well-known dress designers. I was even selected to model bathing suits for Sports Illustrated Magazine.

In 1997, I met Donald Trump at a fashion show. Donald was very rich and owned lots of buildings in America. We were married in 2005. A year later, our son, Barron, was born. I was determined to teach him my native language because my parents do not speak English.

One day my husband told me that he was going to run for President of the United States. At first, I was not very excited. I am a private and shy person. When he won the election, I knew that my life would change forever.

In 2017, I became the First Lady of the United States. I am the second First Lady who was not born in America. (The wife of President John Quincy Adams wife was born in England.)

Even though my husband is the President, I still try to live a private life. My focus is on my son, who is now ten years old. I want him to grow up appreciating the opportunities he has in America. At the same time, I want him to value his heritage from that small town in Slovenia. 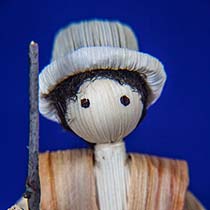 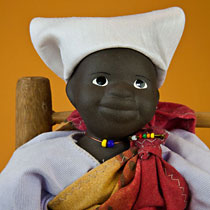