Pioneer doll from Utah. She is made with stuffed material and has fiber for hair. She is wearing a cotton pioneer dress and bonnet. She also has a muslin apron that has a small bee and beehive printed on it. Utah is known as the Beehive state. The doll is holding two wax candles. Tag: “This is The Place. Utah. Pioneer Collector’s doll.” The doll was purchased at This is the Place Heritage Park near Salt Lake City. It commemorates the pioneers who arrived in the valley of the Great Salt Lake. It is said that when Brigham Young saw the valley, he said, “This is the right place, drive on.”

Mormon Migration from Illinois to Salt Lake City: A Beehive of Activity

My name is Rachel, and I am 13 years of age. Back in 1844, we lived in Nauvoo, a small city in Illinois. Many of the people in our town were Mormons. They belonged to Church of Jesus Christ of Latter Day Saints. We Mormons were not very well liked in Nauvoo. When we walk down the street, the townsfolk avoided us and acted like we had a contagious disease. A few years ago, we were forced to leave New York and then Missouri for the same reason. After our leader, Joseph Smith, moved us to Illinois, a terrible thing happened. One day Joseph and his brother were arrested and taken to jail. While they were there, the “anti-Mormons” rioted and kill them both.

Brigham Young was chosen as our next leader. He was a powerful man with very strong leadership qualities. In 1847, he decided the Mormons should move again – this time way out west. He gathered a large group of Mormons (including my father), formed a wagon train, and headed across the Rocky Mountains. He chose the valley of the Great Salt Lake for the “promised land.” This territory later became a state in 1850 and was called Utah for the Utes tribe.

The next spring, my mother received a letter telling us to join the next wagon train west. By going in a group, we could help each other and share supplies. The plan was that if there was an Indian attack, we could circle the wagons for protection.

There were 13 pioneer wagons when our group left town. By starting in early spring, we hoped there would be enough grass for animals. Also, we needed to cross the mountain area before snow came. The first part of our route was easy. We went on roads through towns in Missouri and Nebraska. After that, there were no real roads and the ground rocky. It very dangerous when our group had to cross wild rivers and take the wagons on steep hills. Sometimes, we were stopped for many days because of the mud. I recall my mother, crying, “I wonder if we will ever be able to see your Dad.”

We seldom traveled at night. Each morning, we woke before dawn and had a very simple breakfast. Then, we hitched up our teams and headed west. Sometimes we road in the wagons and sometimes we walked. Around noon, we would stop for a lunch break and let the animals rest.

Whenever the levels of the river waters would allow us to cross the river, we had to water proof our wagons with caulking. Each wagon had to be taken across one at a time. I recall, if the river became too swift, we had to build rafts so as to get our wagons to the other side. This was a dangerous time, for we lost many children and adults when the rafts over turned. Another danger were the Indians. Before we left we all were warned about Indian living here. One day our head scout shouted out,” Indians ahead.”  We stopped our wagons and the men, women and older boys shouldered their weapons ready for an attack. Up on a hill, about ten Indians looked at our wagon train and after a long wait, they,  for some reason, decided to leave and go their own way. We all cheered at this and for the rest of the entire trip, we never saw another Indian.

Four months later we arrived at our destination, Salt Lake City. We knew there would be lots of challengers. We knew we would be as busy as bees to tame this wild and uninhabited wilderness. 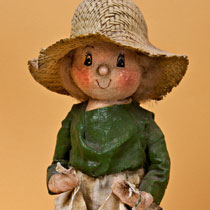