Handcrafted male doll who is designed to represent the culture of Barbados. He is standing behind a steel drum and holding two drum sticks. The steel drum was first used as a musical instrument in Trinidad. The top of the drum is tuned to play the notes, and is called the pan. It is made from 55 gallon drums that formerly contained oil, etc. 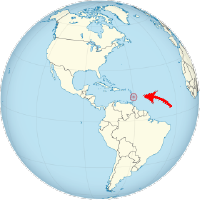 I am twelve years old and live on an island called Barbados. Barbados is in the Caribbean, south of Puerto Rico. As I tell this story, I can hear my father cutting one of the big steel barrels in the back of our house. My father is a steel drum maker. He learned this craft from his friend who lives on Trinidad, which is another Caribbean island.

We speak English in Barbados because the English ruled this island for more than 300 years. In 1966, they finally gave us our independence. The English ruled here for so long that we sometimes call this island “Little England.” People who live on Barbados are called Bajans, and most of us are originally from Africa.

I go to school in Bridgetown, which is the capital of Barbados. After school, I help my dad make steel drums. He starts by cutting a huge oil drum—it’s like a giant garbage can made from steel. Then he heats the steel so it will be stronger. The secret in steel drum making is the type of steel in the drum, as well as the height of the drum. Each drum can produce different sounds—the shorter the drum, the higher the pitch.

After the drum is cut, it is time to work on the top metal surface. This is the most difficult task of all. We have to use a rubber mallet to create a surface that looks like it has big dents. These dented surfaces can make various tones and can sound like a sweet trumpet or flute.

By the time we finished working on the drum, it was dark. We ate dinner and then I had to do my homework. My father told me that we would paint the drum the following day. He said he would paint my name along the edge of the drum—just like an artist signing his or her painting.

It was one month later that my whole family went to a concert in Bridgetown. I saw the leader of the steel drum band playing the instrument that my father and I had created. As he played, he suddenly looked up, winked at me, and said “Thank you.” 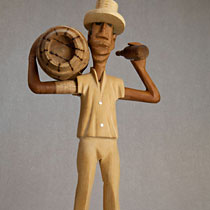 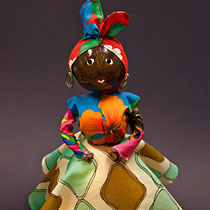