Cultural doll from Prince Edward Island. Anne of Green Gables doll made with stuffed fabric. She is wearing a cotton pinafore over a long sleeve print dress. She has a straw hat on her head and red braided hair that is made from yarn. Her facial features (including her green eyes) are embroidered on her cloth face. Tag: “This hand-crafted doll represents the impish and delightful Anne of Green Gables, Canada’s most famous storybook heroine.  From Avonlea Traditions, Inc.  Newmarket, ON.” 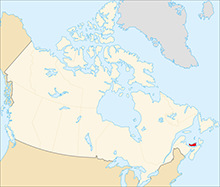 The Story of Anne of Green Gables: A Children's Book from Canada

My name is Anne Shirley (that’s Anne with an “e”—it looks more distinguished). My parents died when I was a few months old, and I lived in foster homes and orphanages in Nova Scotia. Then, one day, when I was 11, the orphanage told me that I was to be adopted by a man and a woman on Prince Edward Island. I knew that Prince Edward Island was the smallest province in Canada. I also knew that it was named in 1799, in honor of the father of Queen Victoria.

I was so excited! I would finally have a family and a home!  The next day, Mrs. Spencer took me on the ferry from Nova Scotia to Prince Edward Island. Then, we took the train from Charlottetown to Avonlea. I noticed the soil was a pretty red on Prince Edward Island. My hair was also red, so it seemed like fate to me.

Mrs. Spencer left me at the train station and told me to wait for a man named Matthew. I was to be adopted by a brother (Matthew) and a sister (Marilla). They were old, and had never been married to anyone.

After what seemed forever, a man appeared on the train platform. I ran to him and quickly asked, “I suppose you are Mr. Matthew Cuthbert of Green Gables? I’m very glad to see you.”

We had the most marvelous journey to his farm (called Green Gables). I loved looking at all of the beautiful trees and flowers along the way. I can see why they call Prince Edward Island The Garden Province. The land is so rich that wildflowers grow everywhere. I told Matthew about my wild imagination and dreams. He was a very good listener and told me, “You can talk as much as you like.  I don’t mind.” (Most people say I talk too much.)

My dreams were shattered when I met Marilla. Her first words were, “Matthew Cuthbert, who’s that? Where is the boy?”

After a couple days, Marilla and Matthew decided to keep me even though I wasn’t a boy (thank goodness)! I must say I was a trial to them, because I often talked too much and I had a wild imagination. However, we became a family. Marilla taught me to cook and sew, and Matthew and I became friends and “kindred spirits.”

When I was 16 years old, Matthew died, and I stayed at Green Gables to help Marilla.

I’ll never forget when she hugged me the night Matthew died and said, “We’ve got each other, Anne.  I don’t know what I’d do if you weren’t here—if you’d never come.  Oh, Anne, I know I’ve been kind of strict and harsh with you maybe—but you mustn’t think I didn’t love you as well as Matthew did, for all that.  I want to tell you now when I can.  It’s never been easy for me to say things out of my heart, but at times like this it’s easier.  I love you as dear as if you were my own flesh and blood and you’ve been my joy and comfort ever since you came to Green Gables.” 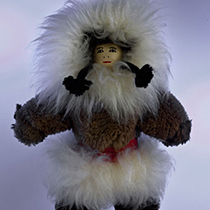 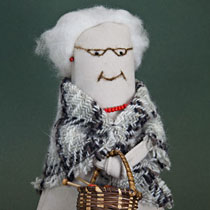