This figure of a man is made entirely from straw and wheat. He is standing with one foot on a bale of hay (made from Styrofoam covered with straw). He is holding a red bandanna. The tag on the figure says “Handmade Wheat Weaving” - It was made in Dysart, Saskatchewan, Canada, and depicts the culture of the area. 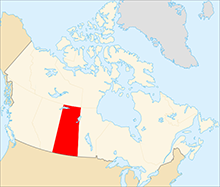 Straw Figures Made with Saskatchewan Wheat

My name is Randy, and I live on a farm in Regina, Canada. My bedroom is on the second floor of my parent’s house, and the horizon looks like sprinkled gold in the morning. My father is a wheat and cattle farmer. In the morning, the golden wheat flowing in the wind looks like millions of swaying dancers.

I live in a province of Canada called Saskatchewan. The name came from the Cree Indians who used to live in this area. The land is very flat here. You can see wheat fields in every direction.

One Sunday, I woke up early and decided to hike toward a city called Moose Jaw. I left a note for my parents, and off I went. As I walked through the growing wheat, I could see thousands of prairie lilies. The prairie lily has three golden sheaves. It is part of the Saskatchewan flag that flies over the capital building in Regina.

About an hour later, something caught my eye. In the middle of a wheat field was a man who was gathering bunches of tall wheat strands. As I approached, I recognized our neighbor, Mr. Pritchard. I was surprised at what he was doing. He had created a straw figure that stood about three feet tall. The doll-like figure was bent over with a pitchfork in his hand. I was amazed at Mr. Pritchard‘s skill at creating a grain sculpture. Finally he noticed me and smiled.

He invited me to his house to show me his wheat statues. In one corner of his barn, he had a studio. On the shelves were straw figures of numerous designs. They included men driving tractors, horses pulling tillers, women and children cutting wheat stalks, ladies doing laundry with old fashioned wash boards, and Canadian Mounties on horses.

He saw how impressed I was, and handed me a straw figure of a boy. I was so happy when he told me I could keep it. As I was leaving, he said that the next time I came he would teach me how to make these figures. I couldn’t wait to get home and show my parents my gift. I wanted to tell them about our neighbor who is a wheat farmer, as well as an artist. 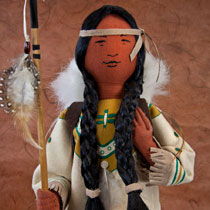 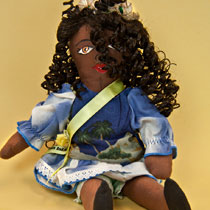