Handcrafted Honduras man made from fabric and wire. His torso and head are stuffed fabric, and his extremities are created by wire that is covered by masking tape. He is wearing bright woven clothing. His face is created by sewing thread on the fabric. He is carrying a straw hat, and has a back brace with supplies, such as a bowl, board, fiber, etc. Central Americans often refer to people from this culture in Honduras as Catrachos. 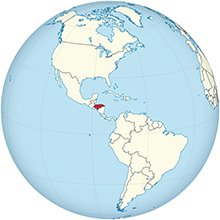 My name is Jose, and I live in a small village in Honduras. Like many of the countries in Central America, we speak Spanish. Most of the people work on farms and live in small houses or huts.

When I was leaving for school this morning, Mama asked me what I was doing after school. I told her I was going to go fishing up by the waterfall and that I’d try to bring something home for dinner. With 7 children in the house, there never seems to be enough to eat.

Papa works at the nearby sugar mill where the sugarcane stalks are chopped and squeezed between rollers to release their sweet juice. Mama watches the babies, washes our clothes in the river, feeds the chickens, and takes care of a large garden with bananas, papayas, tomatoes, corn, carrots, plantains, onions, guava, and peppers.

I didn’t go fishing after school though. Instead, I went to the fields that grow sugarcane. The sugarcane stalks grow very large—much taller than the tallest man. When the sugarcane is ready for harvest, the fields are burned. The fires burn the weeds and dry leaves, but the sugar stalks (which have a lot of water) survive. That makes it easier to harvest the sugarcane and make sugar.

I knew that the fires would make the animals (such as rabbits) run out of the fields. I also knew that if I was fast and smart, I could catch some rabbits for dinner. But Mama would be very mad if she knew what I planned to do. Last year, several children had been killed because the winds changed and the fire trapped the children.

I was lucky this time. Everything went as planned. The fires started, the rabbits ran, and I caught three of them! Mama was very happy that we had fresh meat for dinner. She didn’t even ask me how I caught the rabbits! 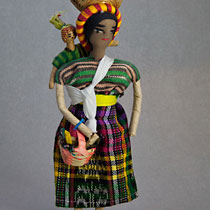