Doll from Panama dressed in white pollera dress. The full skirt has several tiers of ruffles, trimmed in red. The doll is a plastic jointed doll with eyes that open and close. Her synthetic black hair is tied in the back, and she has flower ornament (called tembleques) on the side of her head. She is wearing white bloomers and petticoats. In this culture, the pollera dress is worn during the Panamanian national dance, El Tamborito. She is wearing gold earrings and necklaces. 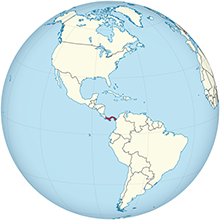 Dancing the Tamborito: The National Dance and Song of Panama

I folded my Pollera carefully and placed it in my backpack. It was very pretty, with a mixture of blue, reds, oranges and violets. I was on my way to dance class where I was learning the Tamborito. It is one of the many cultural folk dances of my country, Panama. The Pollera is the dress that women wear to dance the Tamborito.

My name is Katrina and I am 16 years old. My father is a postal worker and has always wanted me to be a folk dancer. He loves Panama, and he wants me to learn as much about Panama as possible.

I was so excited on the night of my first performance. As the curtains opened, the drums began playing, the singers sang, and we all danced. The audience loved the show!

After the show, Papi found me and smiled. He said, “As a reward for your hard work, I am taking you through the Panama Canal. We’ll leave in the morning to catch our ship.”

I could not wait to take the boat tour. I lived in Panama all my life, but I had never crossed the famous canal. This canal connects the Pacific Ocean to the Atlantic Ocean so ships can pass through. It is a fifty mile trip that cuts across Central America.

We left the theater and hailed a cab. We sped through town and soon were traveling across the Bridge of Americas, which is the entrance to the canal from the Pacific Ocean side. Our ship was at the dock with its lights twinkling like stars in the night. I thought of our Christmas tree last holiday standing in our living room. I felt that papi’s present was as wonderful as any gift that I have ever received. I looked at my father, hugged him and said, “Thank you, papi.” 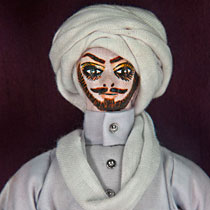 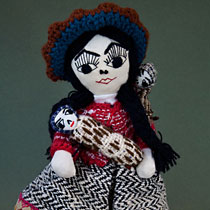