Male Filipino fabric doll wearing a Barong Tagalog shirt. The Barong Tagalog is made from lace and has white beads for buttons. He is wearing black pants and black shoes. He has black hair and a hand painted face. To learn more about the culture of the Philippines, read the story. 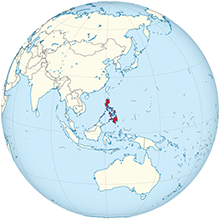 Abadeha, Filipina Cinderella: A Folktale from the Philippines

Piolo is a teacher (guro) in the Philippines. He teaches near Leyte, but he often travels by boat to many of the other islands in the Philippines. Although Piolo teaches all subjects (like math and science), he loves to tell stories, teach about culture and encourage children to read.  Yesterday, he wore his guayabera to school and told us the story of Abadeha—the Filipina Cinderella.


She was a beautiful young girl who worked very hard. However her mother was dead, and her wicked step-mother was mean to her.  One day when Abadeha was crying at the river, and the Spirit of the Forest (fairy godmother) heard her cries. The Spirit helped Abadeja and told her not to give up. Then she gave Abadeha a chicken. Abadeha thanked her for her help and her gift, and hurried home.

The next day when Abadeha was away from the house, her cruel step-mother took the chicken, killed it, and cooked it. When the girl returned, only the feet of her chicken were left. She cried over her loss, and ran to the river. When the Spirit of the Forest heard what had happened, she told Abadeha to take the chicken’s feet and plant them in the forest. Abadeha went home, took the feet, and carried them with her to the forest. There she made a little garden, and planted the feet.

A month later, she visited her garden in the woods, and was amazed to see that the feet had grown up into the air, and had pearls, diamonds, and gold rings on the branches. Abadeha did not tell her step-mother about the garden.

One day the son of the richest man in town came across the little garden in the forest. He picked off a ring and put it on his finger. When he reached home, his finger began to swell. His father called in all the best doctors, but they could not remove the ring. Then he called in all the girls of the town, and said that the one who could take the ring from the finger of his son should be his son’s wife. All the girls of the town tried except Abadeha. She did not try, because her step-mother would not allow her to go. At last some one told the rich man that there was still one girl who had not tried. Now, her step-mother was forced to let her go. Abadeha went to the rich man’s house. As soon as she touched the ring, it slid off.

The next day Abadeha was married to the son of the rich man. The young couple lived happily for many years. 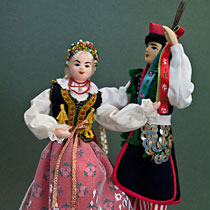