Hand made and painted wood carving a rabbi holding a shofar. He is wearing a long black coat, and has a long beard and payots (long sideburns or curls). The rabbi is wearing a yarmulke (small skull cap) on his head. It symbolizes piety and reminds Jews that the Divine Presence is over his head. Rabbis also wear a tzitzit, with tassels that hang down from a garment. A shofar is a musical instrument, usually made of a ram’s horn. The shofar is blown as a part of services in the synagogue on Rosh Hashanah and Yom Kippur.

The Shofar: An Ancient Musical Instrument Made from a Ram's Horn

My name is Gerson and I am 12 years old. My father is the cantor of our synagogue in New York City. He leads the singing of the Jewish prayers during the religious services. He has a booming voice, and people are enchanted by the quality of his voice when he sings the Hebrew chants.

The Jewish calendar is quite different than the calendar that most people follow. It begins thousands of years ago when God handed Moses the Ten Commandments. I learn a lot about Jewish history and traditions at my Hebrew school. I am preparing for my bar mitzvah at the age of 13. At that time, I will be considered a man.

I heard my mother tell my father that dinner was ready. My father was in his study, and I could hear him practicing on the shofar. The shofar is a very important part of this high holy holiday. The shofar, which is blown like a trumpet, comes from the horns of kosher grazing animals. The horns must not have any holes. They can’t be painted in color, but they can be carved with an artistic design. The shofar is a musical instrument that has not changed in 5000 years. The sound of the shofar is supposed to call to mind the creation of the world as well as the start of the Jewish New Year. It is said to have been sounded during the greatest event in all of Jewish history, the giving of the Ten Commandments to Moses at Mount Sinai. It was also blown when a war began or the coming of peace.

As we all sat down to dinner, my mother sliced the challah, which is a sweet golden eggy bread. My sister served us chopped liver, then came the chicken soup with a large matzo ball (a dumpling). After the soup, we had the boiled kosher chicken along with mashed potatoes and carrots. Each glass was filled with clear, bubbly seltzer water, which came from a bluish tinted squirt bottle. There was no milk or butter on the table because kosher Jews are not allowed to mix meat and dairy products. My father and I wore skull caps (or yarmulkes) on our heads at all meals.

The time was now 6:30 and we left to go to the synagogue. My father asked me to carry the shofar, which was a great privilege. I cradled it in my arms, guarding it as if it was a valuable treasure. We all walked to the temple since our religion does not allow us to ride in any sort of vehicle on holidays. In fact, Jewish people are not allowed to work on any Jewish holiday.

About three blocks from the synagogue I stopped in front of our neighborhood toy store and peered into the window. I did not notice when two boys stood next to me. Without warning, one of the boys grabbed the shofar and began running. The other boy pushed me to the ground and took off as well. I was in shock.

I looked for my family, but by they were out of sight. I looked in the direction the two boys were running. I got up and began running after them. I ran as fast as my legs could carry me and I watched them enter a very rundown old tenement. When I reached the entrance, I searched for them in the dark hallway, but saw nothing.

I looked up and saw a light turn on. I counted the stories, and saw that it came from a third floor apartment. Did I dare confront those two boys by myself? Should I call for the janitor and ask him to help me? Should I look for a cop? By this time I was in a panic and started to cry. My family would be wondering where I was. The start of the holiest day of the year was approaching, and worst of all, my father had no shofar to blow. I stood there shaking with fear when I felt a tap on my shoulder. As I spun around, there standing behind me, was a priest from the neighborhood Catholic church. He noticed how distraught I was and asked me what the problem was.

After telling him my story, we both entered the building and walked up the three flights of stairs. I stood behind the priest as he knocked on the door. A gruff and unfriendly voice asked who was knocking.

When the priest mentioned his name, the door opened immediately. Standing there was a large unshaven man. He smiled at the priest meekly and asked what he wanted. When the priest told him the story of the stolen shofar, the big man yelled out some angry words and the two boys came walking towards us. In one of the boy’s hands was the shofar. My eyes searched the shofar for damages, but I saw none. My worried face relaxed, and as the priest handed me the shofar I took his hands and shook it gratefully.

He then said, ‘‘I know how important this shofar is to your religion and I know that as your father blows this horn bringing in your new year, he will be praying for a better and more peaceful world.”

I ran down the stairs and headed towards the temple. If I hurried, the shofar would be there in time to welcome the new year! 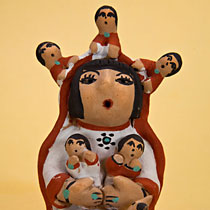 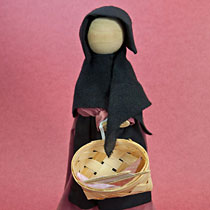