Handcrafted Bermuda female doll made entirely from banana leaves, dried seeds, and dried flowers. She is wearing a long dress and a large hat, depicting the historic culture. She has a parasol in her hand. Tag: “Bermuda Banana Doll. Hand Made in Bermuda of Banana Leaves. Barbie Shanks, Hamilton, Bermuda.”

My name is Betsey and I live on the island of Bermuda. Bermuda is actually a series of 138 islands in the middle of the ocean (between the United States and England). It was discovered by Juan de Bermudez from Spain about the same time that America was discovered (1500). However, no one really lived here until a British ship wrecked on the coral about 1610. Most of the people who live in Bermuda (including me) are descendants of English people or of their slaves.

My family lives near Hamilton where my father is a banker. We spend a lot of time at the pink sand beaches, especially in the summer. Last week when I was walking on the beach, I noticed a man with white hair and a white mustache. He was sitting on a rock with a notebook in his lap. I thought it was unusual for someone to have a notebook at the beach, so I asked him what he was writing.

“Well now,” he said, “I just might be writing another book.”

“Wow!” I exclaimed, “Does that mean that you’ve written a book before?  I don’t know anyone who writes books.”

“Yes,” he answered, “I’ve written a few books. Have you ever heard of The Adventures of Huckleberry Finn or the Prince and the Pauper?”

I couldn’t believe what I was hearing. “Oh my goodness!” I cried. “You must be Mr. Mark Twain! We read your book last year in school!”

“Ah, now you know my secret!” he said. “Don’t tell anyone who I am. I often come to this beach to think and to write. Although I live in the United States, I consider Bermuda my second home. Whenever I get the chance, I hop on a ship in New York and sail to Bermuda. Of course, I get sea sick on the ship, but it’s worth it. This peaceful island is a paradise for me. I love the beaches, the scenery, the ocean, and the friendly people.”

Mark Twain died in 1910 when I was about 16 years old. On his last visit to Bermuda, he wrote, “You go to heaven if you want to, I’d druther stay here.” 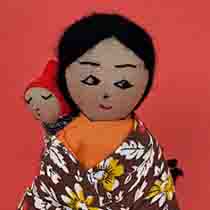