Handcrafted gombey dancer from Bermuda culture. Gombey folklore reflects the Bermuda’s mix of African, Native American, Caribbean and British inhabitants. This figurine is created on a needlepoint canvas. He has a face made of paper, and a hat created with toothpicks, glitter, and colorful feathers. His body is decorated with mirrors, tassels and yarn. The colorful headdresses, painted masks, and decorated costumes are all characteristics of gombey dancers. Tag says: “Bermuda gombey. Made in Bermuda by Lary Harvey.” 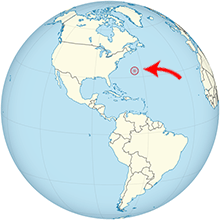 My name is Mary Prince. I was born a slave on the island of Bermuda in 1788. My first years were reasonably happy. My mother was a household slave for Mrs. Williams. Mrs. Williams was a kind-hearted woman, and she treated all her slaves well. My sisters and I had chores to do, but we also had a little time to play.

When I was 12, the master told my mother that he was going to sell me and my two younger sisters. He needed the money, and we would be sold at the market, like sheep or cattle. My mother cried bitterly, but there was nothing she could do. Can you imagine what it was like to stand in a slave market and have men poke you to figure out how much to pay for you?

The man who bought me was extremely mean. For no reason at all, he would hang me up by the wrists and whip me until I was bleeding. For five years, I had to work as his slave, and he beat me almost every day. Many times I wanted to die.

Then, when I was about 18, he sold me to someone in the Turks islands. I thought that nothing could be worse than what I had suffered for the last five years, but I was wrong.

My new “job” was to work in the salt flats. All of the slaves worked from 4 AM until it was dark at night. We had to stand in the salty water in the hot sun all day. The salt caused sores on our legs and feet, which became infected and painful. We slept on boards in a barn, with no blankets or mats. If one of us stumbled or got sick, he or she was beaten and whipped. Many slaves died. Turk’s Island was a cruel, horrible place! I was forced to work there for ten years.

My next master, Mr. Wood, was not much better. Mr. and Mrs. Woods lived on the island of Antigua. I didn’t have to stand in the salt, but I was whipped and beaten all the time. At one point, I married a black man who had bought his freedom. Alas, I was flogged for that also. I worked as a slave for the Woods family for thirteen years. When I was about 40 years old, they moved to London and took me with them as a servant. The abuse continued, even though I worked all day doing the washing, cleaning, cooking, and tending the children.

Finally, I decided to run away. I knew that slavery was not legal in England, so I walked out. It was difficult because I did not know anyone or have any money. However, I found some people at a church. They took care of me and helped me write my story. My story, “The History of Mary Prince: A West Indian Slave,” was published in 1831. It was the first time a story about a black slave was published in England.

After that, I stayed in England. I could not go back to my husband because I would be a slave again if I returned to Antigua. I worked with others who were trying to end slavery in Bermuda and elsewhere.  If my story helped to save even one child, it was worth it! 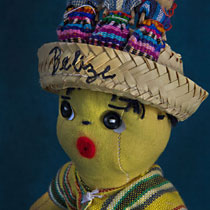 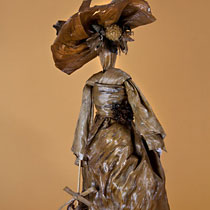