Salt water fisherman doll from Nova Scotia culture. He is dressed in oil cloth hat, jacket, and pants. He is made with stuffed fabric and his facial features are created with markers. His hair is made from rope, and he has a turtleneck sweater under his jacket. He is wearing “leather” boots made with vinyl. Tag: “Fisherman/Seafarer circa 1880-1940. The Seafarer’s outfit would have commonly been worn throughout most regions of the North Atlantic coast of North America. The “oil cloth” outfit was designed for heavy weather and consisted of the Sou’wester (hat), jacket and pants. All were made from unbleached cotton (duck cloth) and soaked in boiled linseed oil or lampblack mixed with linseed oil and dried. Repeating this process 3 or 4 times, and with a final coat of varnish, they were impervious to water. However, this also made them combustible and had to be worn and stored with care. Handcrafted in Atlantic Canada by: Faite a la main au Canada atlantique par: Salt Bay Artisans.” 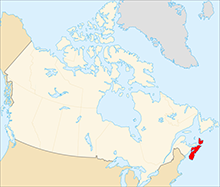 My name is Sheean MacDuffy. I live in a small fishing village named Shelburne in Nova Scotia. My family makes a living by fishing. The sea around Nova Scotia is full of lobster, deep sea crabs, cod, haddock, and other fish. We often see whales and dolphins in the water too.

When I was 12 years old, Dad asked me to go with him to Halifax. It was a foggy morning when we sailed the boat out of the Bay of Fundy towards the Atlantic Ocean. We sailed around the south part of Nova Scotia to the capital (Halifax). I was on “look out” duty, so I climbed the mast. From my high perch, I could see icebergs large enough to crush our small boat. I warned Dad so he could steer clear of them. At sunset we docked in the main port of Halifax, ready to sell our catch. The date was April 10, 1912, a day that I will always remember.

Close to 9 pm, we decided to bed down in the cabin. My father told me that he would wake me early the next day so I could see the largest, fastest, and safest passenger ship ever built. The brand new Titanic was scheduled to pass offshore in the middle of the night. I went below, crept into my hammock, and fell into a deep sleep.

It seemed like I had just fallen asleep when my father shook me and shouted that we were leaving the port. “The great and unsinkable Titanic hit an enormous iceberg. The ship is sinking in these freezing waters. We’re going out to see if we can help in the rescue,” he screamed.

I jumped into my clothes and ran up to the deck. The Titanic had gone down about 700 miles away and it took our boat a long time to get near the scene. We had to be very careful that we would not hit any icebergs.

Unfortunately, we were too late to save anyone. A large ship (the Carpathia) had been nearby the night of the disaster, and they had rescued over 700 people (mostly women and children) from the lifeboats. The survivors were taken to New York.

Ships and boats from Halifax had been too far away to help with the rescue effort (although they played a major role in recovering bodies and wreckage from the disaster). Later we learned that 1,523 people died when the unsinkable Titanic went down into the ocean. Only 715 people were saved. 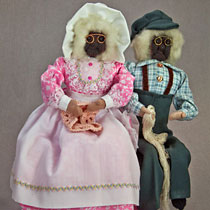