Male doll made from a pine cone. His head is a round wooden bead with hand painted facial features. His body is a pine cone that is painted green at the top and red at the bottom. His legs are round wood dowel, with wooden boots at the ends. This cultural figure represents the rural areas of New Brunswick. 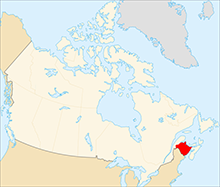 A Poem About a Canadian Log Drive: "Logging on Colter's Crew"

About thirty years ago, six friends took a canoe trip through New Brunswick. New Brunswick is in eastern Canada. It is known for its forests, which have provided lumber for many people. The six friends decided to stay overnight in a deserted logging cabin in the Tudook dead water area. While there, they found this poem (written by Eldon Norrad) in one of the cabinets in the old cabin.

It was in the early spring
The log drives just began
Colter sent us all upstream
To bust a big log jam.

Buster Norrad and Alton were there
George Mckay and Lancey too
So was I, the youngest guy
That made up Ashely’s crew

We pulled and pried and swore a lot
The log jam still held tight
Said Alton Norrad “The hell with this
We’ll use the dynamite.”

We finally had it wired up
It was all set to blow
We all got clear of the blast
But Buster was too slow.

The dynamite blew the dam in two
We heard an awful shriek
As the water and logs came tumbling down
And washed Buster down the creek.

Lancey jumped in after Buster
Who was floating round the bend
George jumped in to save him too
But forgot he couldn’t swim.

Alton ran to the water’s edge
To get a better view
The bank was out from under him
And Alton went in too.

Into the cold water he fell
And disappeared in the fog
Come to the surface and floated away
On a twelve and a half foot log.

George was out there drowning
His hands still flared the air
When Alton floated by on that log
He grabbed George by the hair.

Lancey held onto Buster
He knew their chances were slim
Just on top of the water falls
He grabbed onto a limb.

Now Alton and George came floating by
And with no way to stop
Bumped into Lancey and Buster
And they all went over the top.

They were all knocked unconscious
And couldn’t move a limb
When every time someone floated by
I was there to pull him in.

After a while they all came to
Everyone seemed all right
Their clothes were all wet and ragged
They were a pitiful sight.

The next day they went to Colter
To report the job was done
Colter said “That’s good my boys
We’ve got another one.”

Their faces turned all pale and white
When they found out what was in store
And Ashley stared in wonderment
As they all fainted on the floor.

Some people may not believe this
And will wonder if it’s true
A few of the facts are stretched a bit
But I wouldn’t lie to you. 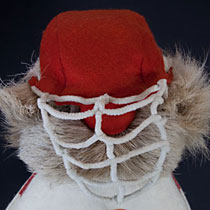 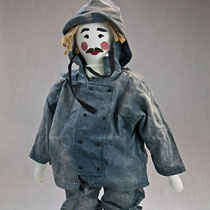