These handcrafted porcelain dolls qre part of Schneider’s European Folklore Collection. Schneider has been producing handmade dolls in Germany since 1934. Schneider Dolls have hand painted porcelain faces and porcelain hands, legs and feet. They also have glass eyes, embroidery, and genuine leather shoes. This male doll is wearing the traditional lederhosen and suspender outfit. The female doll is wearing a dirndl. Certificate: “This exclusive doll has been designed by Walter Schneider GmbH & Co, KG for the discerning collector. We guarantee herewith the authenticity and high quality of the doll.  Each detail has been hand-crafted by skilled artisans.” 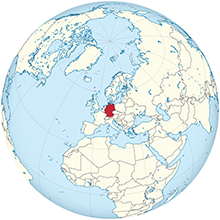 My name is Jakob Grimm. I was born in 1785 in Hanau located, Germany. A year later my brother, Wilhelm, was born. This is the story of how we became known as the Brothers Grimm.

Our childhood was not unusual – we went to school and then studied at a German university. We loved to read, and spent a lot of time in the university library. It was in that library where we became interested in German folklore. We came to realize that although we knew a few “bedtime” stories, none of them were in books.

Instead, the stories were passed down from grandparents to the next generation. Some of the stories were recited by people as they worked. Other tales were told to children at bedtime. They were all part of oral history.

My brother and I decided to find these stories and make them available in print. We spent many years talking to friends, relatives, and common people. We listened to each story and then wrote it down on paper.

Paper was very scarce during that time so we had to write on both sides of the paper. Sometimes, we even turned the paper sideways to write cross ways. There were no computers back then, so we wrote all of the stories with a feather dipped in ink. In 1812, we published the stories in a book called Nursery and Household Tales.  The name of the book was later changed to Grimm’s Fairy Tales.

All of the fairy tales begin with “Once Upon A Time.” And they all have a happy ending (even though they may include an evil witch).  For example, the story of Hansel and Gretel involves two children who are sent into the forest. They meet a very mean lady who tries to eat them. However, they out-smart the witch and find a treasure. The story ends with “They never went hungry again!”

We never dreamed that our book would be a success. The stories in our book, such as Cinderella, Hansel and Gretel, Sleeping Beauty, Snow White, Rapunzel, and Little Red Riding Hood, have been read to children everywhere. In fact, after the Bible, Grimm’s Fairy Tales is the most popular book in the world. 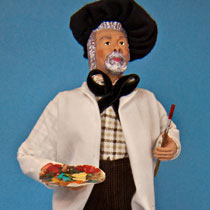 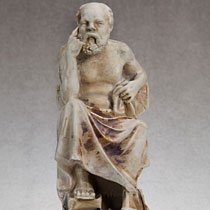