Male figure of French culture. Hand painted, ceramic Provencal Santon French painter. He is wearing a large French beret (made from felt), corduroy pants, and a white cotton coat. He is holding a paint brush in one hand and a paint pallet in the other.  “Tag: Santons Isis. Santons de Provence en Argile. Fabrication Artisanale – Made in France.” Santons are small, hand-painted ceramic figurines created in the Provence region of France. 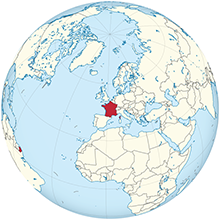 My name is Gustavo Eiffel and I grew up in France. The Eiffel Tower in Paris is named after me. I was the one who designed the structure way back in 1887. At the time, it was the tallest “building” in the world. Let me tell you the story of how the Eiffel Tower almost did not happen.

In 1832, I was born in the city of Dijon, France. My father was in the military, and my mother ran a coal business. We were what people might call middle class.

Although France is famous for its artists, I decided I wanted to design bridges and buildings. I went to college and studied engineering. I loved building things made out of steel and iron. In fact, I soon became known as the “magician of iron.”

My designs were so successful that I formed my own company. We built bridges, viaducts and churches all over the world. I even designed the strong frame for the Statue of Liberty. All of the pieces for the Statue’s steel structure were built in France. Then, it was taken apart and shipped over to the United States.

My most notable contract was the Eiffel Tower in Paris. The construction began in 1887 when I was 55 years old. It was to be an attraction for the 1889 Universal Exposition in Paris. Then, after 20 years, it was supposed to be taken down.

I was very excited about the design. I used many new techniques that would make it really strong. I wanted people to be able to climb the tower (on steps) or take elevators. I designed a very open structure so the winds would not cause damage.

However, I soon learned that not everyone in France was excited about the tower. Some of my peers published a “Protest against the Tower of Monsieur Eiffel.” Here are some parts from their letter:


We, writers, painters, sculptors, architects and passionate devotees of the hitherto untouched beauty of Paris, protest with all our strength, with all our indignation in the name of slighted French taste, against the erection … of this useless and monstrous Eiffel Tower …

To understand what we are arguing, one only needs to imagine a tower of ridiculous height dominating Paris, just like a gigantic black chimney, crushing under its bulk our monuments (like Notre Dame and the Arc de Triomphe) and belittling our works of architecture.

And for twenty years … we shall see stretching like a blot of ink the hateful shadow of the hateful column of bolted sheet metal.

Other artists also insulted my plans, calling the tower a “giant ungainly skeleton.”

Can you imagine how these comments made me feel? I was very sad. In response, I wrote, “I believe that the Tower will possess its own beauty. Are we to believe that because one is an engineer, one is not preoccupied by beauty in one’s constructions, or that one does not seek to create elegance as well as solidity and durability?”

Luckily, the Paris Exposition allowed the Eiffel Tower to be built. When it was finished, it was such a success that it was not destroyed after 20 years. In fact, it still proudly stands as a centerpiece of Paris. It attracts about 7 million visitors a year. The Eiffel Tower is now listed as one of the Seven Wonders of the Modern World. 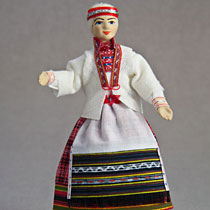 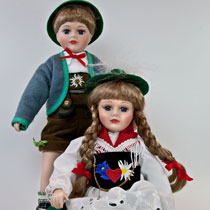