This female fabric doll is from the culture of Guadeloupe, an island in the Caribbean. Her body is made by stuffing a bright print cotton material. She has a matching print head scarf and dress, with lace accents. She is carrying a straw hat and purse. Her hair is made from black yarn, which is braided and tied with blue ribbons. 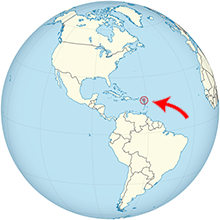 When I was ten years old, I became a slave. Before that, I was a happy child living in an African village, deep in the jungle. My name is Elodie. I can recall very clearly the time when the village chief barged into our little hut along with a tall white man. My father and mother immediately told me to try to hide. The white man asked my father to open his mouth. As he did, the white man peered into my father’s mouth and began touching his teeth. Then he saw me, and indicated that I should turn around slowly. Next, he looked in my mouth. With a grin on his face, he left the hut with the chief.

It was less than five minutes later when men walked into our hut carrying heavy chains in their hands. They roughly pushed my mother aside and wrapped the chains around my father’s feet and arms and dragged him away. I began to cry as they took the chains and dragged me out as well. My mother began to shout and scream, but she realized that she could do nothing to stop them.

My father and I were then thrown into a wagon along with other black captives. The last thing I heard was the screaming of my mother as we were taken away. The white man rode horse next to our wagon and did not hesitate to whip anyone if tried to escape. It was then that I realized the village chief had sold us into slavery.

We were taken to a fort where we waited for a slave ship and a good wind to sail across the ocean. When we finally boarded the ship, it was packed so full that we had barely enough room to lie down. It was dark and hot and airless. We had little to eat and very little to drink because fresh water was extremely limited on the high seas. Disease was our worst enemy, and many people (including my father) died on the ship.

It took me a very long time to get over my father’s death.  In a way, it was a small miracle that I was able to survive the ocean voyage. Finally, our ship docked on an island they called Guadeloupe. A couple days later, I was purchased by a Frenchman named Pierre Aufant who owned a large plantation. The island itself had high mountains, beaches and flat plains – it was different than Africa, and I was very homesick and lonely.

My master lived near Grande Terre, and I found out that he owned hundreds of slaves. Since I was quite young, he placed me in the charge of his housekeeper who taught me how to clean the big plantation house. I learned how to cook the French way. I did many odd jobs like taking care of his young children. Through them, I was able to learn French, which was the major language on the island. I felt very lucky, compared to the other slaves who worked the fields. Most slaves were used in planting, cultivating and harvesting. They generally worked 10-15 hours a day in the sugarcane fields. When they were not working a cash crop, slaves cared for the livestock, cleared the fields, cut wood, repaired fences and many other things. There were children even younger than me who had to work all day weeding the fields, carrying drinking water, feeding the chickens and livestock as well as gathering wood for fuel.

My master, though better than many slave owners, was also very mean. He chained and shackled anyone who tried to run away, and beat anyone who was not submissive. But he also had a good side. He awarded small garden plots and even allowed us to sell what we grew.

In 1794, when I was 24 years old, the French government abolished slavery on Guadeloupe. My master called me into his office and told me that I was no longer a slave. He said that I was a free person and could leave his home anytime I wished. I looked at him with sadness because I had nowhere else to go. Timidly, I asked him if I could keep working in his house, as I had done for the past 14 years. He said he would be honored to hire me and I could stay as long as I wished.

I was now a free French citizen of Guadeloupe, the beautiful island that is shaped like a butterfly. I was so happy that I (and all the other slaves) was able to finally escape the cocoon of slavery. Now we would be able to remove the shackles, go to the beach, and enjoy a bit more of this island “paradise.” 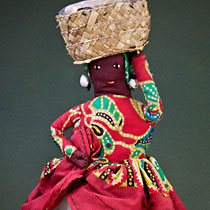 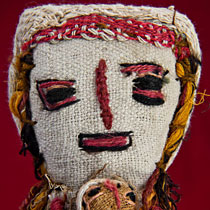