Young girl from Ireland. Her head is ceramic, and he body is made from fabric, supported by wire. She is wearing a white blouse and white pantaloons, with a green wool skirt and shawl. She has hair made from red yarn. Tag says: “Annie Moore, the first of 17 million on the Immigrant Register at Ellis Island, left Ireland on 18th Dec., 1891, aged 15 with 2 younger brothers Philip and Anthony on the SS Nevada bound for New York, to join their parents.  The family started a farm in Texas. In 1889 Annie married Patrick O’Connell (a descendant of the great Liberator) in Waco. Annie and Patrick also farmed in West Texas.” Read the story to learn more about Annie and her culture. 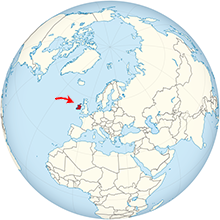 Loving and Leaving Ireland: The Story of Annie Moore

It was December in 1891. Annie Moore stood in line with her two younger brothers, Philip and Anthony. They were waiting to board the SS Nevada, a ship that would take them from Ireland to New York. Annie’s red hair blew in the breeze and tears fell from her green eyes. She could not believe they were leaving their Irish homeland.

Annie wondered if she would ever return to the “Emerald Isle.” She cried thinking that she might never see the beautiful green valleys again. Would she be able to eat Irish stew in America? Would they continue to celebrate St. Patrick’s Day? There were many questions going through her head.

Yet, she knew she had to get on the ship. Even though she was sad, she was also excited about seeing her parents again. They had gone to America two years earlier with her older brother. It would be wonderful to have the whole family together. Her parents had jobs in New York. They did not like the big city, but they had an apartment and enough money for food and clothing. Life was better than it had been in Ireland, and they could go to the Catholic Church.

Annie and her brothers were on the ship for 12 days. They were in steerage class, which meant they were in a large room with many other people. The ship was crowded, and the food was poor. Annie watched her brothers very closely to make sure they were safe. The people in steerage class did not get to go on the deck very much. It was very cold on the ship. Many people got seasick.

On January 1st, 1892, the ship reached New York. The Statue of Liberty welcomed them as they sailed into the harbor. It was a beautiful sight and everyone cheered and cried. Annie was very happy that the trip was almost over. Then the captain announced that the ship would dock at Ellis Island. Everyone who was in good health would fill out forms to stay in America.

Annie was the first one off the ship. She was very surprised when an official gave her a $10 gold piece. At first she didn’t understand. She had never seen so much money, and did not know why he gave it to her. He explained that Ellis Island was new, and the $10 was a gift to the first person off the ship. As an extra bonus, Annie realized it was her 15th birthday!

And so it happened that Annie became the first immigrant to land on the newly-opened Ellis Island. Now, over 100 years later, a statue of Annie and her brothers stands on Ellis Island (which is now a museum). A similar statue can be found in Cobh, Ireland, where they began their voyage. Since then, over 12 million people have entered the United States through Ellis Island. 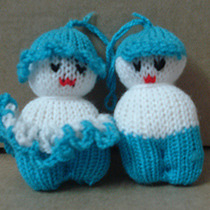 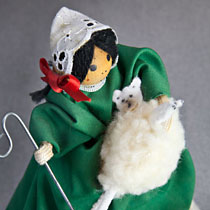