This Newari bride is dressed in a rich red and gold brocade dress and shawl. She is made with fabric, with black string for hair and a painted face. She is wearing a gold head ornament (referred to as lunya swan), and has gold earrings. The majority of the Newari people live in the Kathmandu valley in Nepal. In this culture, weddings are arranged by the families. They have many traditions, such as the groom’s family giving betel nuts to the bride.

The Day My World Shook: Earthquake on Mount Everest

My name is Kalal and I am 11 years old.  I live in Nepal, a small, mountainous country between China and India. Most of the people are Hindu or Buddhist.

Napal has the highest mountain on earth. It is as high as an airplane flies, and higher than a bird can fly. Each year hundreds of men and women try to climb Mount Everest hoping to stand on top.

I live in a small village called Lupea. My father is a guide for people who want to climb to the top of Mount Everest. He is called a Sherpa, and the job can be very dangerous. Sometimes he even takes me along part way up the mountain as a helper.

Lots of equipment is necessary for the climb, including animals called yaks. Yaks are furry animals that are very strong. They are able to keep their feet on the many narrow paths. Without their help, getting to the top of Everest would be almost impossible.

My father and the other Sherpa also carry heavy packs on their backs. We bring food and supplies to help others get to the summit. We sleep on the ground or in a tent in a warm sleeping bag. The climbers are all told to wear sunglasses due to the very bright sun.

On April 25, 2015, we had just reached 17,000 feet, and we were setting up at base camp. We were planning to stay there a few days to become acclimated to the height and rest up before continuing the climb to the top of the mountain. Lunch was being served, and all was quiet.

Suddenly, about noon, the earth started to shake. Then, a big wall of snow, ice, and rocks rolled down the mountain. I was terrified as I dove behind a rock and tried to hide.

The avalanche seemed to last forever, but it was actually over a minute or two. The earth stopped shaking long before I stopped trembling. When I finally peeked out from behind the rock, I saw how lucky I was. Everything in sight was buried in snow and rocks. Broken tents and supplies were scattered everywhere.

I cried out for my father, but I couldn’t find him. It was difficult to even walk, and many people were injured or dying. Finally, I heard Dad calling for me to make sure I was OK. What a relief it was to hear his voice!  We were very lucky to survive. More than 20 died at base camp that day. Throughout Nepal, the earthquake and avalanche killed over 8,000 people and injured more than 21,000.

I never made it past the base camp in 2015. However, I told myself that one day, when I get older, I will not only reach the summit but will become a guide like my father. 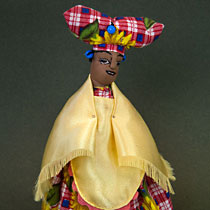 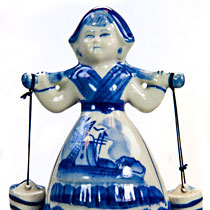