Stuffed fabric dolls (Kristin and Håkon) from Norway that served as the mascots and cultural icons for the 17th Winter Olympics. They have yellow hair made from yarn, and their faces are printed on fabric. Their boots, capes, and the boy’s hat are made with felt. Tag says: “Kristin and Håkon are the official mascots of the XVII Olympic Winter Games, Lillehammer 1994. Håkon is named after a prince, and Kristin after a princess, both from the 13th century. Nevertheless, they are children of today: open-minded, happy, free and alert. As with most Norwegian children, sports and playing are part of their everyday life, as is environmental consciousness.” 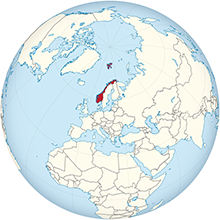 My name is Kristin and I live in Lillehammer, Norway. My friend, Håkon, and I are in the third grade. We are the mascots for the 1994 Olympics that will be held in our town. We’ll get to be a part of the Opening Ceremony when athletes from 67 nations come to Norway to compete in winter sports such as ice skating, skiing, and bobsleds.

It’s appropriate that the Winter Olympics take place in Norway because skiing was “invented” here. We have mountains and lots and lots of snow. By attaching sticks or planks to their boots, people can “walk” across the snow. For thousands of years, skiing was the only practical way for Norwegians to travel in the winter.

One of my favorite stories is about the baby prince (Håkon Håkonsson) who was rescued by Birkebeiner warriors over 800 years ago. Birkebeiner means birchlegs, which describes the birch skis the warriors wore. The legend says that the baby prince was in danger from his enemies, and the Birkebeiners took him to safety on skis. Later, he was crowned the King of Norway. Each year, the Birkebeiner ski race starts in Lillehammer. Hundreds of skiers race across the country—following the same route they took to save the prince many years ago.

In modern culture, Norwegians also ski for fun. They love to race downhill and do ski jumps. The “father” of modern skiing was a Norwegian named Sondre Norheim. About 100 years ago, Sondre invented curved skis and new ways to attach the skis so he could ski downhill quickly. Thanks to Sondre, there are many different types of downhill ski races in the Olympics.

Håkon and I are very excited about being the mascots for the ‘94 Olympics in Lillehammer (north of Oslo). Today, the Olympic torch is being by carried by skiers on its way to Lillehammer. Tomorrow Crown Prince Haakon Magnus of Norway will light the Olympic Flame at the Opening Ceremony.  We’re hoping for lots of gold medals for Norway! 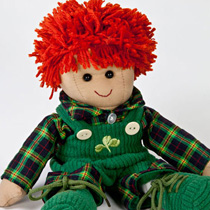 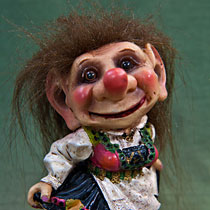