Pioneer lady doll made from corncobs. She has a corn cob head with hand painted facial features. For her body, one corncob forms and torso, and two other corncobs serve as the legs. Her arms are made from wire, that is covered with felt. Her feet are white felt material. She is wearing a pioneer dress and bonnet.

The year was 1829, and our home was in the Arkansas territory. I was a farmer and a trapper. I hunted deer, bear, fox, mink, beaver, and rabbits and sold the meat and fur. Our settlement was not very far from Indian villages.

I lived in a small farmhouse with my wife and daughter, Rebecca. My 8 year old daughter could not walk. She had crushed her leg 3 months ago under a rock in the woods. The doctor told me that she would never be able to walk normally or run in the fields again.

One day, I heard the hooves of a speeding horse. I could not see the man, but he was an excellent rider. I quickly grabbed my rifle to protect my family.

The man was an Indian from a nearby village. He held up his hand in peace. He said, “Do not hurt me for I mean no harm.” I saw a man whose ancestors used to own this land before the settlers took it away from them. I saw a man who meant no harm to anyone.

He then spoke again. “I have been watching your family for a long time. I know that your daughter is sick in the leg. I can help her get better for I know many secret waters that have great magic powers.” I looked at him with pleading eyes and wondered if he was really telling me the truth. I had heard of these springs but they were difficult to find.

I put my rifle away, and asked him to follow me into the house. As we approached the cabin, I saw my wife and child standing at the doorway with fear on their faces. I smiled at both of them and introduced my new friend. I picked up my daughter, placed her on my horse, told my wife that we would return shortly, and rode off.

About an hour later, we came to an area that actually spouted water from the earth. It was as if rain was coming from the ground. The unusual thing about it was that the water was actually quite hot and it had steam coming from its surface. My new friend placed Rebecca in the water and told her to slowly move her legs. She followed his instructions, and after fifteen minutes, he picked her up and placed her back on the ground. She looked at me with a gleam of wonderment in her eyes and began walking towards me. Immediately I could see that she walked a little better than before. It seemed like a miracle to me. She limped over to the saddlebags, got her doll that was made from corncobs, and gave it to the Indian. As he was riding off, he said,” I know that my daughter will cherish this gift. One day, when you can walk again, please come to our village and feast with us and our tribe.”

Today, over 150 years later, Eureka Springs is a thriving town, still famous for its healing waters. It is located in northern Arkansas, in the Ozark Mountains. There are 63 springs inside the city limits and over 1200 springs within 7 miles of town. Eureka means, “I found it!” 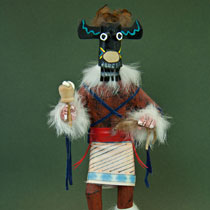 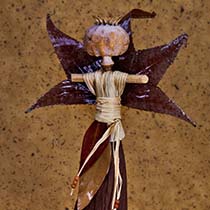