Cloth doll of “Uncle Fred”, the renowned cartoonist Fred Lasswell. Fred is best known for being the artist, energy, and passion behind the cartoon strip Snuffy Smith. For approximately 50 years, Fred drew his famous characters, including Barney Google and Snuffy Smith. Fred was also committed to helping children learn to draw, and he took on the personification of Uncle Fred in a series of drawing programs for children. The doll is wearing a red beret and a blue artist smock. His face is printed on the fabric. The doll is signed “For Sweet Ann, Love Uncle Fred.”

Howdy! My name is Fred Lasswell, but you can call me Uncle Fred. My kinfolk are from Missouri, and I was born there in 1916. We lived on a farm and raised chickens. We did not have electricity, telephones, or radios. We used an outhouse. I remember sitting on the porch at night in a squeaky old rocking chair. My daddy used to say “Way off in the distance, you can hear hound dawgs howling’ and yappin’ like they had just treed a big ol’ fat ‘coon.”

When I was 10 years old, we moved to Tampa, Florida. I always loved to draw, especially cartoons. In fact, when I was in 5th grade, I drew a cartoon strip called, Baseball Hits. It was only published in the school newspaper, but I felt like a movie star!

I was in high school during the Great Depression, when many people did not have jobs. When I learned that the teachers were not getting paychecks, I decided to quit school. After all, if the teachers were not being paid, what was the value of education? When I quit school, I started selling newspapers. Then I decided I wanted to work for a newspaper. Of course, the newspaper did not want to hire me since I had no experience.

Finally, I convinced the Tampa Daily Times to let me work for nothing. They let me sit in a little corner and draw a sports figure (such as Babe Ruth).  Although I was not getting paid, I was learning about newspapers.

My big break came when I got a call from Billy DeBeck, a famous cartoonist. Billy drew a cartoon called Barney Google & Snuffy Smith. He saw my work and asked me to be his assistant.

The “rest is history” as they say. After Billy died, I drew Barney Google & Snuffy Smith for 60 years. Snuffy and his wife Loweezy lived in Hootin’ Holler, a place similar to where I grew up. Over the years, I won many awards. I even received an honorary degree from the University of South Florida for my contributions. But these awards are not the highlight of my life.  What I liked best was working with children.  I believe that all children can draw. That’s why I became “Uncle Fred” and created lessons with simple pictures to draw and color. 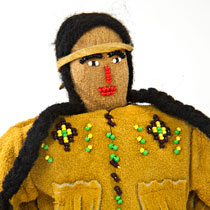 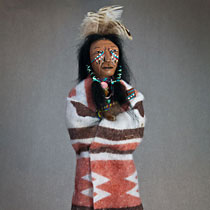