Intricate, hand carved Cherokee Indian doll. He has feathers on his head and is wearing his hair in braids. His face is hand-painted with war paint. He has a beaded necklace and is holding a peace pipe made of wood. He has a wool Indian blanket around his shoulders, and is wearing long pants and moccasins. Feathers on head. Peace Pipe.

Trail of Tears: Forced Removal of the Cherokees from Georgia

My name is Tsali and I am a Cherokee. I lived on a farm in Georgia with my parents and baby sister. The Cherokee Nation was in Georgia and the Carolinas before Christopher Columbus discovered America. When the white settlers came to the area, the Cherokees were friendly and helpful. In the 1800s, the Cherokees lived peacefully with their neighbors. They had farms, lived in log houses, and went to school.

I’ll never forget one afternoon in the summer of 1838 when I was 10 years old. I came home to find a soldier with a gun talking to my parents. My dad looked angry and my mother was crying. They told me to get my jacket because we were leaving. I had no idea they meant we were leaving forever!

They took us at gunpoint to a prison-like fort. I asked my dad why they were taking us to the stockade. He said that the white men wanted our land because they found gold in the mountains. They had uniforms and lots of guns.

The “removal fort” was horrible. They rounded up 14,000 men, women, and children for no reason other than they were American Indians. We lived locked up in pens as if we were animals. We weren’t allowed to leave and we had little to eat. We stayed there all summer. It was hot and dirty.

The guards told us we were going to be “re-located.” We heard that white people were living in our log houses and using our tools. Then winter came, and it got cold. We did not have enough blankets or jackets. My baby sister got sick and died. I don’t think my mother ever smiled again after that. And still we waited – dirty, hungry, and cold.

It was about November when the march started. They lined us up at gunpoint and told us to start walking. We had to walk for many weeks. In fact, we walked 1200 miles to Oklahoma – that’s halfway across the United States. It was cold, and we did not have warm coats. My mother started coughing after a few weeks. The cough got worse, and she died somewhere in Missouri.

I cried the rest of the way to Oklahoma. Many people saw us walking in the snow without coats, but no one helped us. Over 4000 of our people died before we got to Oklahoma. In Cherokee, the journey became known as the Nunna daul Tsuny, which means the Trail Where They Cried.

During the Trail of Tears, the Chiefs prayed for a sign to lift the crying mothers’ spirits and give them strength to care for their children. It is said that on that day and ever since, a white rose grows where the tears of the mothers fell. The white peddles on the rose stand for the mothers’ tears. The gold in the center of the rose stands for the gold that was stolen from the Cherokee lands. The seven leaves on the rose represent the seven clans of the Cherokee that made the journey.

The story about the roses is known as the Legend of Cherokee Rose. The roses still grow along the route of the “Trail of Tears.”  The “Cherokee rose” is the state flower for Georgia 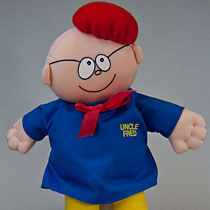 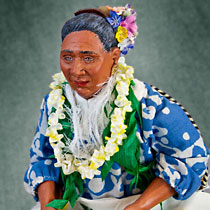