Mississippi mud doll. Handcrafted man from the mud that was collected from the banks of the Mississippi river. The clay is gray when it is collected. Then it is washed, sculpted, fired, and hand painted. The clay turns to a red color after it is fired. The man is wearing a checkered red shirt, blue denim pants, and a belt made of twine. He is standing on a wood base. Tag says: “Hand sculptured original made with Mississippi River Mud by Lorraine D Gendron, Hahnville, LA 70057.”

I recall the date very well. It was May 1, 1969, and it was my 11th birthday. My dad and I were sitting in the living room of our apartment in New York City watching television when my mother returned from the doctor with a sad look on her face. She turned off the TV and told us that the doctor said she would have to move to a climate that had less pollution than New York. My mother suffered from asthma and at times she could hardly breathe. In order for her to survive, we would have to leave the city. But where would we go?

Later that day, when I blew out my birthday candles, I made a wish. My wish was: “I hope my mom gets better. And I wish that wherever we decide to move will be a really nice place.” I blew as hard as I could, and all of the candles went out. I wondered if my wish would really come true.

A few days later, my parents said we were moving to a place called Biloxi, Mississippi. It’s located on the gulf coast near New Orleans, Louisiana. It has a warm climate, with fresh air coming off the Gulf of Mexico. My parents both loved to fish, and this sounded like a good place to live. I learned that the word Biloxi is a word which means “First People” to Native Americans. It was the first French settlement in the Mississippi Valley.

My father found a job in Biloxi, and we rented a small beachhouse on the coast. Our neighbor (Sam) spoke with a deep southern drawl. He was retired, but he had worked on boats along the Mississippi River all his life. I loved to listen to his stories. Sam said the fishing was great here because of the rich nutrients that flow in from the Mississippi river. He also told us about how the little islands offshore (barrier islands) protect the shores from storms by keeping the strong waves away from the beaches.

As the days went by, I could see how much better my mother was getting. She was able to breathe much easier. She was not wheezing the way she did in New York. The sun made her skin a golden brown, and Mississippi seemed to be the right place for her.

As we sat on the beach on August 15, we got a warning that a hurricane was passing Cuba and moving into the Gulf of Mexico. As New Yorkers, we had never experienced anything like a hurricane. We went to Sam’s house and asked him what we should do. He did not hesitate. He said, “Pack your bags and leave the area. Hurricanes can be deadly.” Sam thought that this storm, which was named Camille, could be a very dangerous one. He said that an Air Force reconnaissance plane had recorded the winds at 200 miles per hour.

We loaded as much as we could into our car and drove inland to stay in a motel for a few days. However, many people were too old to leave and many were just too stubborn. The next day, Camille came ashore in Biloxi as a Category 5 hurricane. This was only the second time in history that a storm this strong had hit the United States.

We waited a few days, and then returned to Biloxi. I could not believe what I saw! The barrier islands had not been able to stop the waves that came with the hurricane. The water had risen to 20 feet above the normal level. I saw boats that had been lifted on top of houses! Everything in the path of the hurricane was either blown apart or flooded, or both. The strong winds and the high waves killed 143 people and did billions of dollars in damage.

Our little beachhouse was completely gone, along with all of our furniture and clothing. As we were looking through the mess that had been our house, we saw Sam. His house was also destroyed. He said he was going to go up the river to live with his son’s family. Before he left, he helped us find a new house to rent (further inland). There was no electricity for several days, and the water was unsafe to drink. But then everyone worked together to help rebuild the community.

We have lived in Biloxi for many years since Camille. My mother is doing great. My birthday wishes from 1969 really did come true! 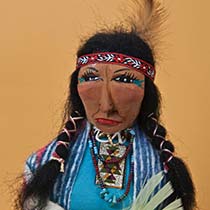 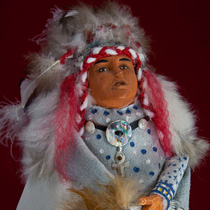