This is a truly unique hand-carved wooden figure. It is in a seated position and carved from a single piece of wood. The hair is synthetic, with braids on the sides. He has an embroidered headband, with a single feather. He has a wool blanket wrapped around an “Indian” print garment. Around his neck are beaded necklaces and an embroidered placard. His moccasins are leather, with hand painted embellishments. His foot is signed ” Iron Horse and Wild Flower.” The face is hand-painted.

The Story of Chief Little Crow: Hero or Villain in the 1862 US-Dakota War?

My name is Little Crow, and I was born near St. Paul, Minnesota, in 1818. My father was Chief Big Thunder of the Sioux nation. As a boy, I learned to fish and hunt with the other Indian children. When I was 30 years old, my father was injured while he was cleaning his gun. Before he died, he told me to “be honest and make myself respected by the white people.”  With my father’s death, I became the Chief of the band of Santee (Eastern Dakota) Indians.

For many, many years, our ancestors had lived in Minnesota and the Dakotas. This area was vast and fertile; filled with lakes, rivers, and fields.  As I grew older, more and more white settlers arrived to Minnesota. Men, women, and children from many states and countries came to farm on the rich land. The United States government needed land for the new settlers.

I tried to do as my father suggested—lead the Indians and also listen to the whites. In order to avoid bloodshed, the United States wanted to make an agreement. So I dressed in white man’s clothing and traveled to Washington DC to meet with President Buchanan. The government promised to give us large tracts of territory in exchange for some of our land. They also agreed they would build houses, provide food, and supply teachers and schools for our tribe.  In addition, the treaty stipulated that the United States would set aside a million and a half dollars for our support. I signed the treaty because I felt we had no other choice.

However, to my great disappointment, the promises in the treaty were never kept. The US government did nothing to help us. The settlers took more and more of our land, leaving us with no place to hunt or fish. The houses and schools were never built, and we did not receive the money that was promised for food. Many of the Indian families were starving.

As time went on, the Indians blamed me for the poor conditions.  They said I should not have signed the treaty.  The tribe’s need for food and hatred for the white settlers led to cries for war. I did not want to go to war. I knew the US government outnumbered us and had a lot more guns than we did. I knew we could not win, but I also could not stand to watch my people starve. I had no choice but to fight for my people. The war that followed was referred to the US-Dakota War of 1862. We Indians were winning in the beginning, but then more soldiers arrived and we lost. Many innocent people were killed.

After we lost the war, our people were herded onto boats and shipped north to Canada or west to North Dakota. Life was very difficult, and many Indians died.

A year later, I snuck back into Minnesota with my son to try to get horses for my people. We stopped in a field to eat a few berries, and I was shot by a white settler. Before I died, I told my son, “In life, sacrifices must be made.” 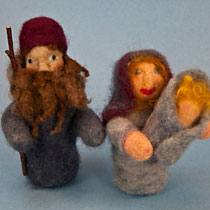 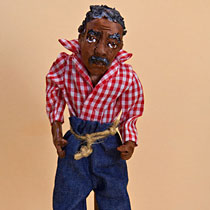