Ceramic figure of Sitting Bull, Chief of the Great Sioux Nation. His authentic attire includes a war bonnet with real feathers all the way down the back to the floor. He has hundreds of hand-sewn beads on his clothing and headdress. His hair is braided and tied with leather straps. He is holding a staff with small white and black feathers. His shirt and pants have fringed edges, with beaded accents. He has a beaded moccasins on his feet and a beaded pouch around his neck. He is standing on a ceramic and wood base. Certificate: “Sitting Bull, a magnificent collector doll capturing the pride, determination and regal bearing of this legendary Sioux chief. The authentic tribal attire is designed by Sitting Bull’s great-great-granddaughter, Lady Scarlet Whirlwind. Sitting Bull’s lifelike features are expertly sculpted by acclaimed doll artist Judy Belle. Available exclusively from the Danbury Mint, Sitting Bull is a spectacular achievement in the art of doll making.”

When I was little, my name was Jumping Badger, but everyone called me Slow. I was born in South Dakota in 1831. At that time, South Dakota was part of the Sioux/Lakota Indian nation. I had a very happy childhood playing with the other Indian children and learning to ride horses and hunt. We lived in tepees and made our own clothes from fur and animal hides. There were lots of buffalo for us to eat. I killed my first buffalo when I was ten years old.

However, our peaceful life was about to end. The settlers (white men) from the east were moving into our hunting grounds and causing trouble. In 1867, when I was 34 years old, the Sioux Nation selected me as their Chief. They gave me a beautiful headdress with eagle feathers. They also gave me the name of Sitting Bull.

At first, we tried to live in peace with the settlers. The United States government offered a treaty that promised the Black Hills area would always belong to the Sioux Nations. It sounded like a good, treaty so I signed it. Finally, I hoped we could live in peace.

The treaty did not last long. Six years later, gold was discovered in the Black Hills. The United States now wanted to take the Black Hills and all of the Sioux territory. The Indian warriors had meetings with me to decide what to do. I had a dream that the bluecoats (army men) were falling from the sky into our camp. In my dream, I saw the Indians winning a big battle.

A little while later, my dream can true. We were attacked by the U. S. Army at Little Big Horn. In one of the most famous battles that ever took place, the Indians won. The battle became known as “Custer’s Last Stand” because Colonel Custer was the leader of the U.S. Army. The white men were defeated by the Sioux Indians!!

However, our victory did not last long. After the battle, things got worse for the Indians. More soldiers came with more guns. We were forced to go north to Canada. My people were poor and hungry. There were no buffalo to hunt in Canada.

After a couple years, the U. S. government promised that if I surrendered, they would give us food, peace, and a place to live (Indian reservations). Since everyone was starving and freezing, I had no choice but to agree.

After I surrendered, I was sent to an army prison for two years. The only way out of prison was to go on display at “Buffalo Bill’s Wild West Show.” Buffalo Bill was nice to me and the other Indians in the show, but it was humiliating to be on display. It seemed like we had lost everything. We lost our land, we lost our freedom, and we lost our dignity.

After a few months, I was allowed to return to the reservation. The conditions were terrible. There wasn’t enough food, clothing, or shelter. All we had left were our dreams. We dreamed that the white men would leave our land, and we could return to the life we once knew. We danced the Ghost Dance to help that dream come true.

The white men did not understand our dances. They were afraid we would attack again. In 1890, when I was 59 years old, the U. S. Army sent some soldiers to stop the dances. Shots were fired, and I was killed, along with my son, Crow Foot.

The Ghost Dances stopped, and the Indians’ way of life disappeared forever. 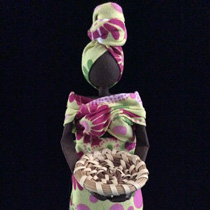 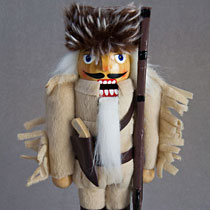