Davy Crockett doll made from a wooden nut-cracker. He is wearing a coonskin hat and a fur lined jacket with fringe on the sleeves. He has a large rifle made from wood and a wooden gun in a holster. His hair and beard are made from white fur. He has black boots made from vinyl.

The Legend of Davy Crockett: King of the Wild Frontier

My name is Jacob Mulloy, and I am 13 years of age. I met Davy Crockett in 1833 when he was already well known as a great hunter and a congressman in Washington. Davy lived about 25 miles from us, and my dad wanted to hunt bear with him so we would have enough food for the winter.

When Davy rode up on horseback, I was the first one to greet him. He was wearing a coonskin hat and a fur lined jacket. He brought his 8 bear-hunting dogs and his rifle (that he called Betsy). Later, he told me a hunter’s best friends are his horse, his dogs, his rifle and his knife.

The best time to hunt bear is during the fall and early winter when a bear is fat and heavy. When they are fat, it difficult to run fast.

The next morning we all began our journey into the forest. The dogs ran ahead looking for the bears. About an hour later, the dogs started barking and yelping because they spotted a bear. “They have one!”  Davy yelled.

The dogs were circling a large tree and looking up to where a huge black bear was perched on some branches. Bears are great climbers since they are able to grab on to the bark with their sharp claws. Davy drew his rifle from his saddle and fired. Sure enough, the great furry animal smashed to the ground. The dogs circled it looking for life, but there was none. Davy approached the animal with his hunting knife in hand in case the bear was still alive. Satisfied, he called me to look at the bear. I suddenly realized I was hunting with one of the great men of our country. I knew I would remember this experience forever.

It was six years later (in 1836) that I heard Davy Crockett had died at the age of 49 defending the Alamo Mission in San Antonio, Texas against the Mexicans. On his tombstone is written: Davy Crockett, Pioneer, Soldier, Patriot, Trapper, Explorer, State Legislature, Congressman, martyred at the Alamo 1786 - 1836. 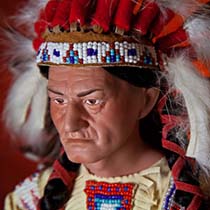 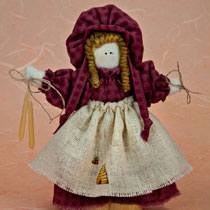