Cowboy sculpture made from horseshoes. One horseshoe forms his legs, and another forms his arms. He is holding a rifle that is made from a horseshoe nail. Horseshoe nails also form the fringe on his shirt and pants. He has a metal hat on his head, and is wearing a cowboy neckerchief/bandana made from copper. The figurine is signed “Roy Earl ’99”.

Buffalo Bill Cody: Life in the Wild West and Wyoming

My name is William Frederick Cody. Later in life, I was known as Buffalo Bill. My life was spent in the “wild” west. It was pretty wild out west back in the 1800’s. That included areas that became Colorado, Wyoming, Kansas, etc. There were Indians, cowboys, wild buffalo, and wagon trains everywhere.

When I was 12, I started working for a wagon train company. My job was to herd cattle alongside the wagons. We went back and forth from Kansas to Wyoming. It was tough work! Just imagine traveling on horses and wagons without any bridges or roads. I fell in love with the majestic mountains and large rivers in Wyoming. The job also gave me a chance to perfect my rifle skills. I soon became a very good sharpshooter.

My next venture was to search for gold in Colorado. I was only 14 at the time. I did not “strike it rich!” After that, I started working for the Pony Express. We delivered mail throughout the west on horses and wagons.

In 1864 (when I was 18), I joined the Union army. We fought against slavery in the Civil War. After we won the war, I took a job shooting buffalo. At that time, railroads were being built from Kansas to the Pacific. In that area, there were lots of wild buffalo. My job was to shoot the buffalo to feed the railroad men. I was so good at it, that I earned the name of Buffalo Bill.

Because I was familiar with the west, I was also hired as a scout. The military hired me to lead some expeditions. I even served as a “tour” guide when the Grand Duke of Russia came to visit. The US Government awarded me a Medal of Honor for my contributions as a scout.

In 1883 (I was 37 years old), I opened the Buffalo Bill Wild West show. The show included a mix of shooting, roping, riding, and acts with Indians and cowboys. It was like a mix of rodeo and theater. The show employed hundreds of cowboys, cowgirls, and Indians. We toured American as well as Europe. Friends, such as Annie Oakley, Wild Bill Hickok, Sitting Bull and Geronimo performed in the shows.

As I grew older, I spent more time in Wyoming. My goals were to build an irrigation system and a town. My irrigation canals failed, but the town succeeded. The town was named Cody. Many tourists came to Cody to enjoy the wonders of Wyoming. Even today the Buffalo Bill Center of the West and the Buffalo Bill Dam are major attractions in Wyoming. 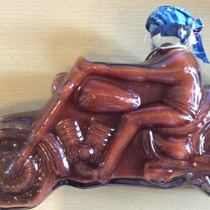